Based in Guildford in Essex,Stoke Park Bowling Club is a newly formed Club, amalgamating the former Guildford BC and Astolat BC. When the local councill decided they could no longer afford to maintain two greens, the Clubs made the sensible decision to amalgamate and reform. 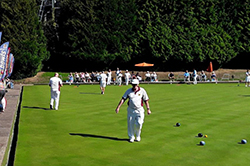 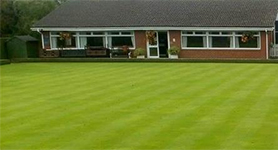 Based in Penarth in South Glamorgan, the Penarth Bowling Club can trace its history back to 1907 when it was built as part of the Penarth Hotel
In 1919 the Earl of Plymouth granted a lease for the use of the quarry below Rectory Road tennis Club. After much filling in and laying of turf the first woods were bowled on the new green on Monday 9th May 1921. .
On the 9th November 1975 the official opening of the 4 Rink Indoor Stadium took place.
Check out their website Penarth Bowling Club.

See a report of their visit here. 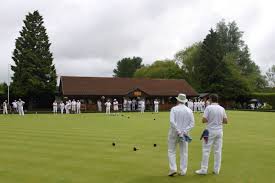 Hyde Abbey Bowls Club is situated in the heart of the historic city of Winchester in the North Walls Recreation Ground.
Founded around 1812 the Club has a long history and recently celebrated its 200th anniversary. Due to green closures and land sales the Club changed venues several times in the latter years before finding its current permanent home, where a new green was laid and facilities improved in time for their bi-centennial celebrations. 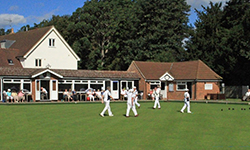 Pre 1919 Bowling first commenced (as far as is known) in Sawbridgeworth on the lawn of the garden of Mr A. E. Rix the founder member of the Club
Sawbridgeworth Bowling Club was formed on 15th November 1924 at a special meeting of the Sawbridgeworth and District Allotment Holders, resulting in a five rink green being constructed by the members on an area of Town Fields previously used as allotments.
The first clubhouse, built by the members, remained in use as the Gentlemen's changing rooms until 2005.
In 1936 the club's committee expressed concern over the introduction of composite bowls and the secretary was instructed to write to the English Bowling Association requesting composite bowls be banned from competition bowling . No reply was received. The Henselite bowls then cost £5.8s.6p. per set. 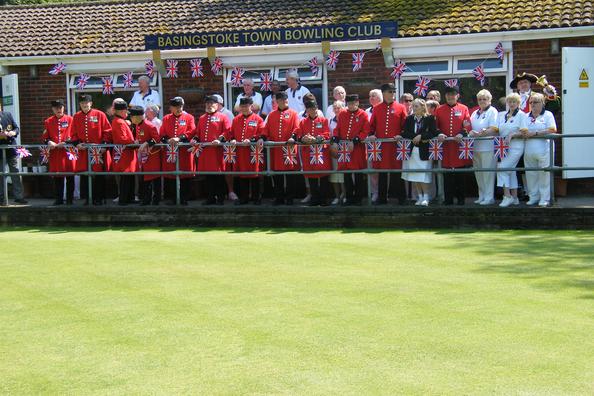 Basingstoke Town Bowling Club, affectionately known as "The Town" to members and non-members alike, was formed just before the outbreak of "The Great War". Originally known as the Fairfields Road Recreation Ground Bowling Club, "The Town" was officially formed in 1912.
Over the years the club has combined with other clubs from within the town's vicinity. The demise of other clubs was accelerated by the re-development of the town centre during the sixties and early seventies.
he "Town" was the first club in the Association to wear coloured shirts. After several changes the design was settled for a traditional white shirt with navy blue and gold trim.
In 2016, the Club changed the design of the shirts to a more modern look, but still incorporating the white, blue and gold of the original design. 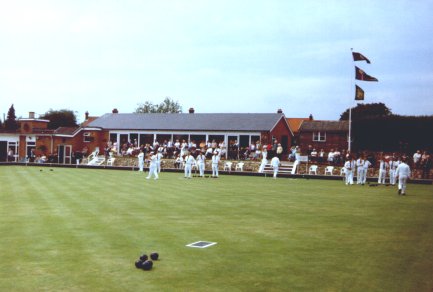 Situated in the market town of Wymondham, Norfolk, the bowls club has both indoor and outdoor greens and bowls is played throughout the year.
The green was laid in 1928 and the club was known as the Priory Park Bowls Club. It was renamed to “the Dell” and then in 1936 expanded to Wymondham Dell Bowls Club. The Club joined the EBA in 1936/7.
They were a very competitive club with many bowling successes. It was decided to build an indoor green (4 rinks), next to the outdoor green and the new indoor green was opened in 1967 with a further two rinks added in 1980.
It was decided in 1996 that a refurbishment was required and the 4 rink and 2 rink greens were demolished and a new six rink green was built in 1998. 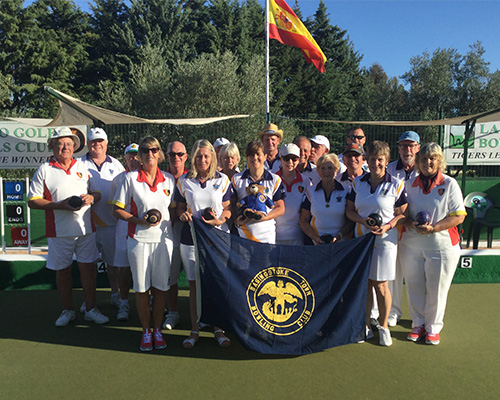 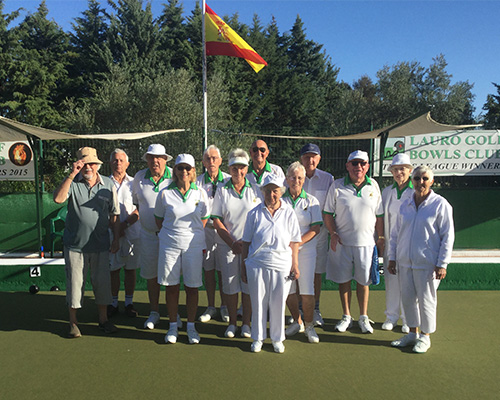 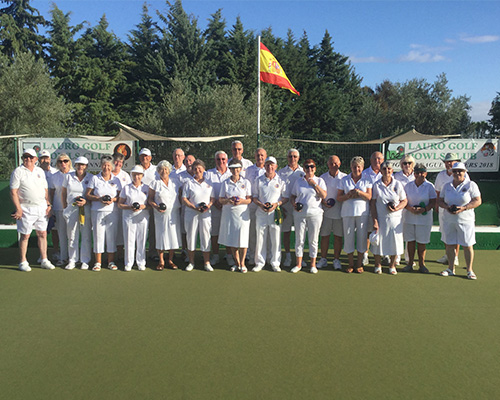